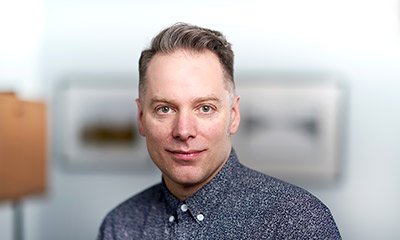 I first became interested in photography whilst studying for a business degree at Aston University (who are now one of my regular clients). After having my first picture published in the Aston student newspaper, I knew this was the profession for me.

After leaving university I spent the following two years studying photography at college in Cheshire. I was nominated as the representative for the course and arranged bulk buying of film, paper and chemicals for the other students, from suppliers in Manchester.

In 1993, whilst still at college, I won a SKY/Ilford award, which was a real achievement as I was up against full time professional photographers.

Whilst in my final year at college, I started to receive regular freelance work, and shortly after graduating I was offered my first newspaper staff job for the Guardian and Messenger series of newspapers in Cheshire. About the same time I held my first exhibition in Manchester, showcasing my project about the ordination of women as priests.

In 1996 I moved to Cheltenham to work for Gloucestershire’s regional daily paper, The Gloucestershire Echo. I was employed as a senior photographer and part time picture editor. During my time in Gloucestershire I shot and wired the Echo’s first digital picture shot by a staff photographer. I remember it took around ten minutes to send, when we could find a stable mobile signal.

During the three years I worked in Gloucestershire, I won several awards; one was for a picture story about soldiers distributing aid to the refugees in Kosovo.

In 1998, I moved to the Birmingham Post, a broadsheet newspaper where pictures were the lead content. The newspaper was full time digital (the first in the UK) and was at the cutting edge of digital technology. It was a sad moment when they finally turned off the film processor.

I shot many exclusives and a covered a wide range of assignments; I took pictures of the BRMB blind date wedding, Tony Blair, The Queen, Monica Lewinsky, covered the opening night of the Millennium dome (which still wasn’t completed), UB40, Kylie, Robbie Williams, Elvis’s backing band and general elections. Once more, I was sent to cover the war in Kosovo, this time photographing the aid distribution in Albania. On this occasion, I was very relieved to get back into Italy, going to sleep at night to the sound of gunshots isn’t something I want to experience again.

Some of my pictures were syndicated from The Birmingham Post, and were used on the front pages of The Guardian and Daily Telegraph. In 1999 I won regional daily photographer of the year and was runner up in 2003.

After nine years as a press photographer, in 2003 I left the world of newspapers and set up my own freelance photography business. Since then I have worked for all sizes of companies, newspapers and magazines.

Some highlights of my freelance career include; a commission by the Bullring and Selfridges to take their official opening pictures in 2003, photographing Ozzy Osbourne in Birmingham when he received his walk of stars award, documenting the building of the new QE hospital in Birmingham for the NHS, shooting two books on food and building long term relationships with clients.

I am an avid collector of documentary photography and photography books and have over 250 in my collection. I also attend as many photography talks as I can, recently I saw Martin Parr, Chris Fillip, Paul Reas, Paul Graham and Anna Fox all in the same afternoon.

I am also a keen racing cyclist and currently hold several club records. I race at national level and this year I was a top 10 finisher in the national 25m TT.