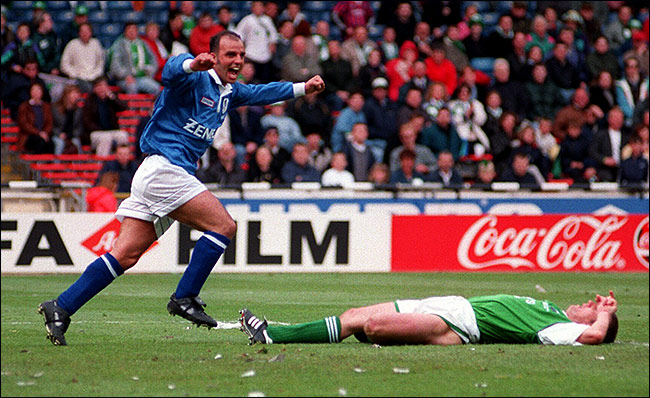 Macclesfield Town FC legend Phil Power celebrates scoring against Northwich in the 1996 FA trophy cup final at the old Wembley stadium.
Macclesfield went on to win the match 3-1.
I was lucky enough to be part of the Sammy Mcilroy years, when he took the club into the football league for the first time in their history. The club have just been relegated from the football league.

I used to photograph Macclesfield most weeks when I worked for the Macclesfield Messenger newspaper, in those days you had to get the picture in the first 20 minutes, as I usually had another match to photograph, 10 miles away which started at the same time.